To mark the 30th anniversary of the Thunder Bay Community Auditorium, Thunder Bay’s most famous citizen, Paul Shaffer, returned to his old stomping grounds to put on a show that electrified the audience.

He assembled the old band, less drummer Anton Fig, who had a gig somewhere in the southern hemisphere, and announced that for the first time since the Letterman Show moved from NBC to CBS, and lost the right to use the original band name, the return of the “World’s Most Dangerous Band!”

Paul and band entertained us through the evening, he told stories about his time in the biz, brought on some band mates from is local bands, and generally rocked out for the night!

Except! He came out at the start of the second intermission, wearing a kilt, and started playing “Scotland the Brave” on the bagpipes, and then was joined by local MacGillivray Pipes & Drums. 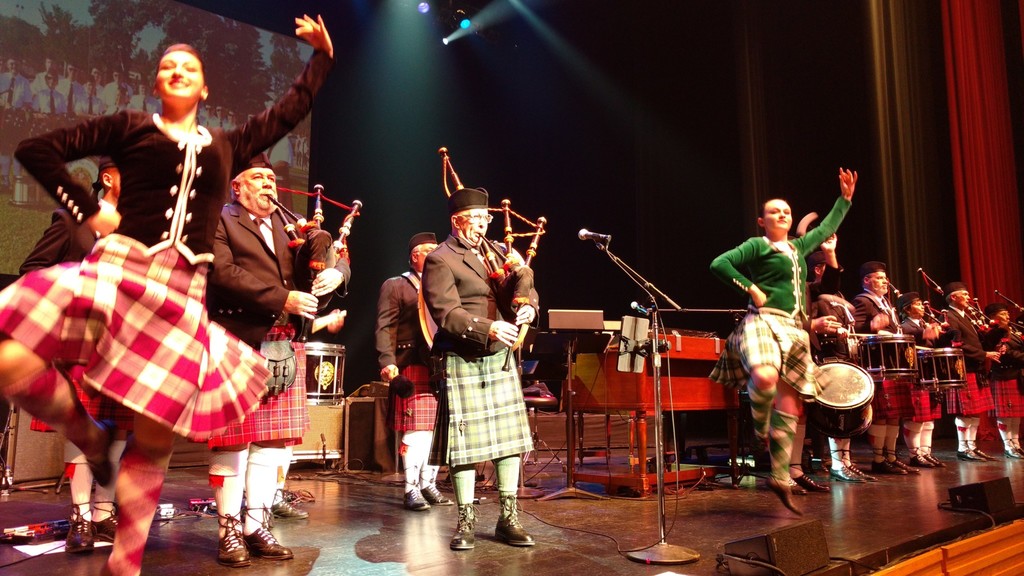 Ok, so his piping prowess does not rival his piano skills! But it was still a great show, thanks for coming to entertain us for the night!