It has been a long time since Thunder Con 2017, and even longer since my last post. Such is life 🙁

The principle draw for the event was Robert Picardo, of Wonder Years / Star Trek Voyager / Stargate fame. I would be lying if I said I was a fan since Wonder Years, but definitely since Star Trek. Picardo gave a talk at the local observatory, and gracious fellow he was, he chatted with everybody present, including yours truly! I even managed to get a photo with him. 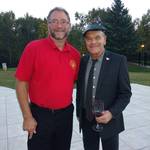 I was absolutely elated! I tweeted out the photo, and EEK! I got a retweet from Picardo himself!! (At this moment i am too lazy to find it!!)

The Con itself was very well organised, and represented a good cross-section of Gamers, Anime, Sci-Fi, Science-Fantasy, Steampunk, and so much more. I managed to find Doctor Who, A Destroyer of Galaxies, and a Steampunk! 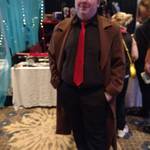 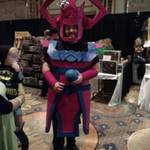 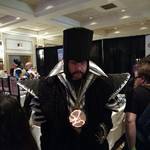 Images used by permission of the respective individuals.

I am eagerly awaiting the 2018 Thunder Con already!