I transported to Ottawa, dutifully wearing my red shirt, to undergo Starfleet recruit training. The fact this log is being prepared, demonstrates not all red shirts die on the away mission. Scotty never did!

The Canada Aviation and Space Museum had The Starfleet Academy Experience. Having visited the Star Trek Experience at the Las Vegas Hilton about 10 years ago, this was something that I had to add to my personal CV.

It was a museum exhibit displaying costumes and props from the various series, plus you get to answer some trivia questions, and do training simulations in which you participate in triage in sick bay, do navigation through a treacherous zone of space, weapons testing, along with a few others, culminating in the test all but one recruits have failed, “The Kobayashi Maru” simulation.

At the end of it, you are assessed a mark, and a recommendation of which field you belong in. Part of me hoped it would be engineering, but my two strongest test marks were Science and Medical. Not too much of a surprise! 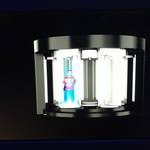 Yours truly in the transporter 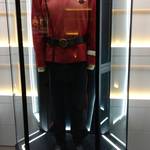 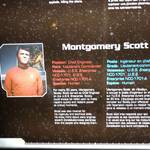 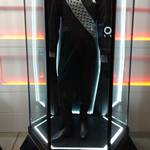 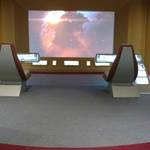 My view from the Captain’s Chair 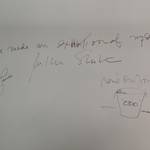 Autographs in the boutique from William Shatner, John De Lancie and Rene Auberjonois.

Some images and video of me was taken of me from the exhibit, so there might be some additions at a later date.

As my holo guide told me, “Longtemps vie et prospérité”

PS I tried to refrain, but it has to be done “Captain, we have scanned the City of Ottawa, and there appears to be no signs of intelligent life”